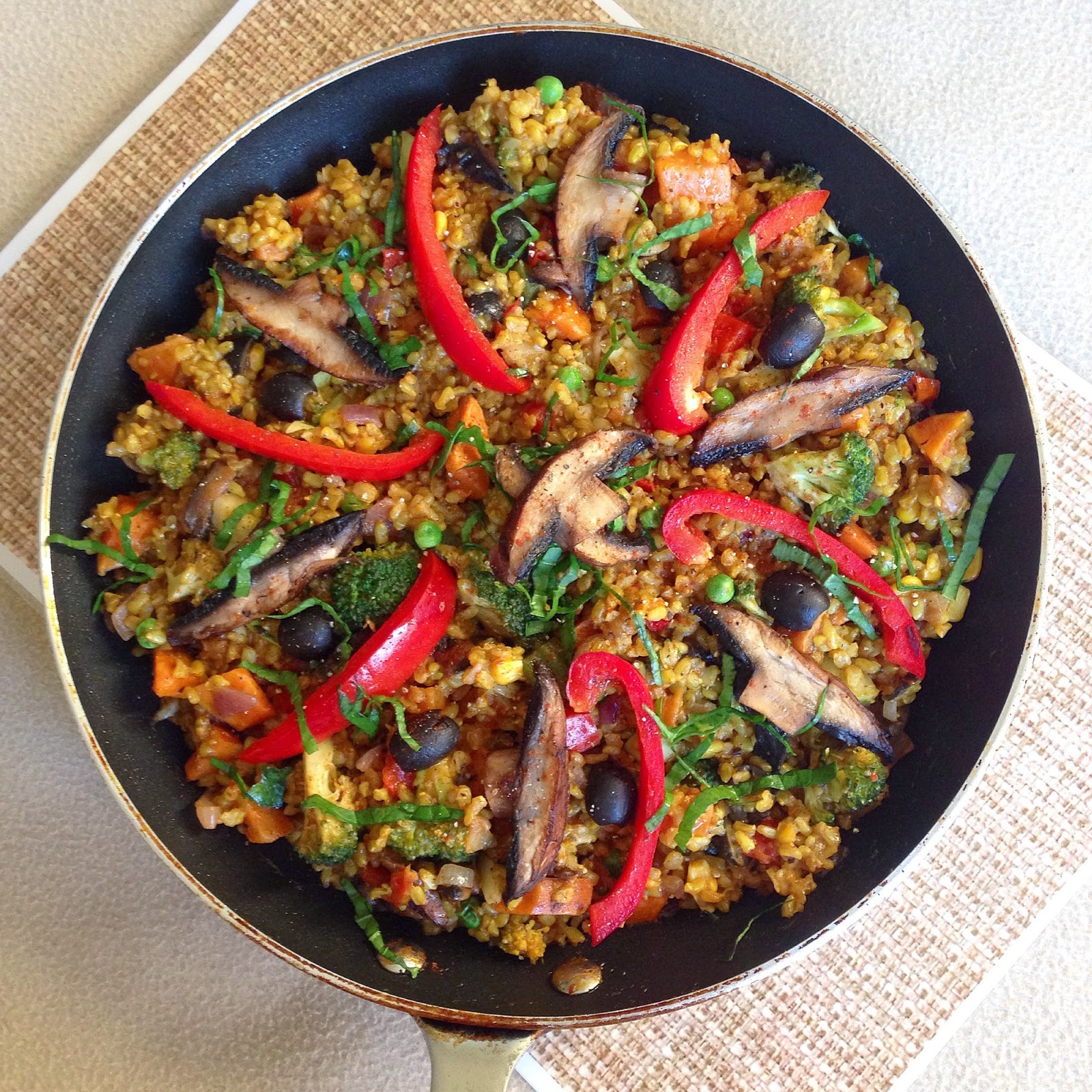 This is a healthier and faster recipe for Paella or Spanish Rice. I think I may stick to calling it Spanish Rice as it is not prepared the traditional way with the slow absorbing method (similar to risotto), instead I pre-cooked the rice in my rice cooker and added in all of the broth ingredients in one go. Also it is made using medium grain brown rice instead of arborio rice, which is healthier as brown rice is wholegrain.

As this is a vegan recipe, it is very important that you try your best to get an authentic spanish Pimenton. Pimenton is the main ingredient for spanish chorizo sausage (not vegan hehe), this is where we get the smoky flavour from. Regular paprika won’t really do the trick. I buy mine form new world, they usually come in small tin containers. 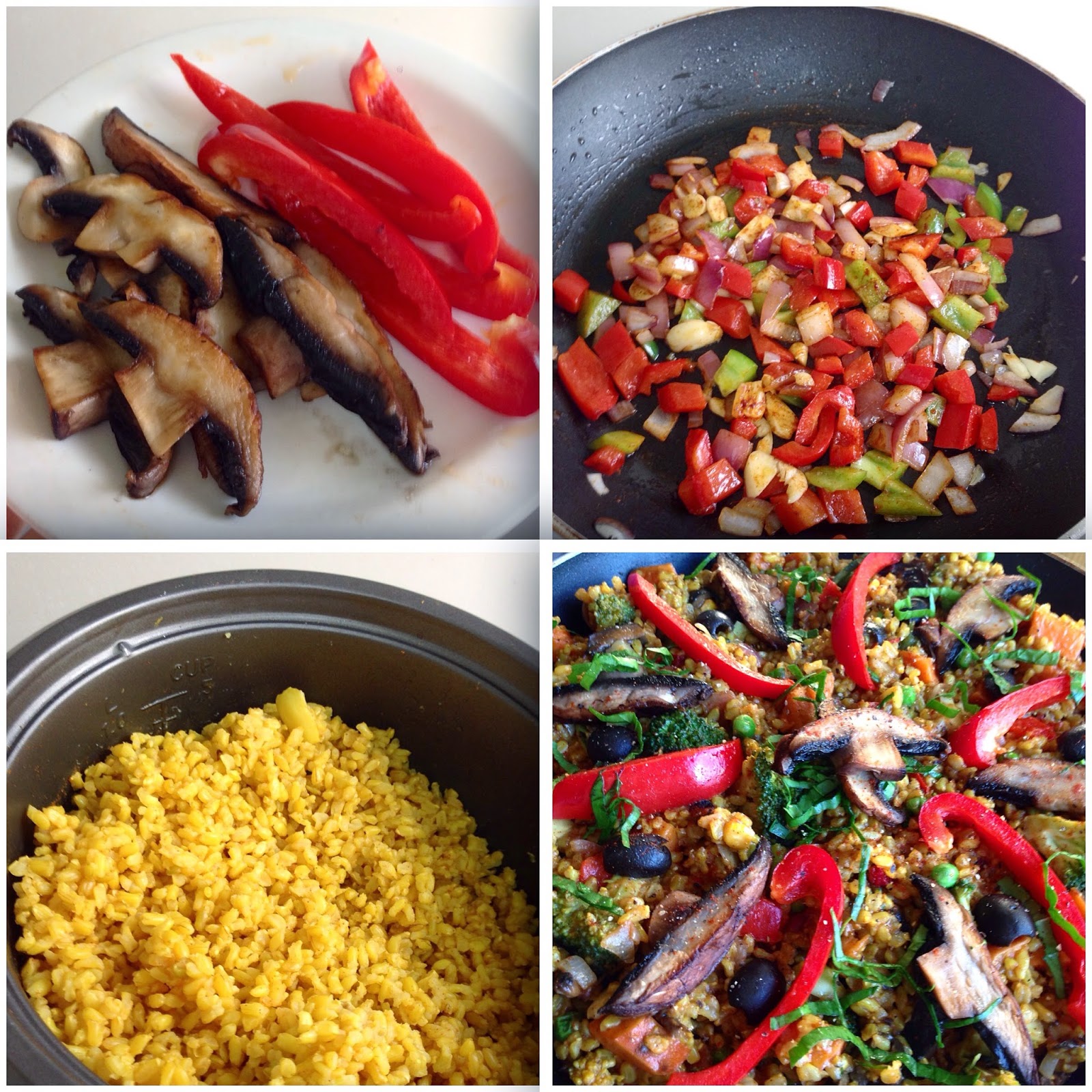 1. Put all ingredients for the rice in a rice cooker or pot and boil till the rice is tender.2. You will notice that the rice will be cooked, but there is still about 1 cup of water left. Drain this broth out, take the bay leaves out, then set both the rice and broth aside. This step can be done ahead of time e.g. the night before.

3. For the topping/presentation, gently fry the sliced capsicum and one sliced mushroom, set aside. Saute onion, garlic, diced capsicum and ½ of teaspoon spanish pimenton in the oil on a medium heat. Cook these till soft making sure not to brown them.

5. Next add in the rice, cook till the rice is hot. Then add in the broth, and let it simmer till all broth is absorbed.

6. Once all broth is absorbed, add in olives, sun-dried tomatoes and peas. Season to taste with salt and pepper if need be.

7. Take rice of the heat and place arrange you capsicum and mushroom, then dress with olive oil to taste.

If you can get your hands on vegan chirozo then even better! In NZ you can get it at huckleberry farms :)